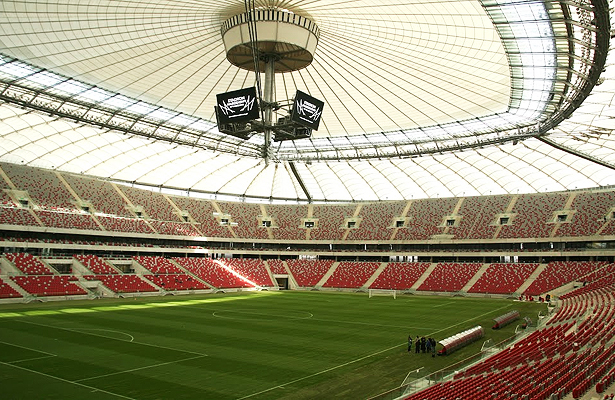 Having done all the hard work of building some excellent world-class stadiums fit for international competitive matches, Polish football seems to find ever new ways of creating problems within them.

Recently the whole world witnessed the sheer incompetence of the Warsaw national stadium’s administrators failure to close the roof during torrential rain before and during the Poland v England World Cup qualifier.

This did little to improve the already strained relations with the PZPN the Polish Football Association, which began soon after the stadium was completed. The owners, with many suspect the full backing of Warsaw’s police, virtually stated they didn’t want Polish football clubs and their fans inside the nation’s “showpiece”. So last February’s scheduled stadium opening match, a ‘Super-Cup’ tie between the previous season’s champions Wisla Krakow and cup-winners Legia Warsaw, was canceled at a very late stage.

The England match fiasco just added fuel to the fire and so PZPN decided to play Poland’s next match, a friendly against Uruguay, in Gdansk. In fact Polish football’s governing body has now staged all but the most crucial Euro and World Cup qualifying matches, away from the National Stadium.

Just a few kilometers away Legia Warsaw’s brand new Pepsi Arena hosts matches involving the Ekstraklasa leaders, barely one-third full. It’s not a lack of interest towards a team which has been playing some entertaining and winning football which keeps the fans away, but a dispute with the club and municipal authorities. Legia’s notorious ultras who frequent the ‘Zyleta’ end of the stadium feel that the officials’ response to their banners, obscene chanting and fireworks has been too heavy handed. Last weekend’s brilliant 3-0 win over Ruch was again boycotted as has every home game since the Zyleta was closed for one match in October by the President of Mazovia Region.

Not to be outdone, some Wisla Krakow fans have decided to do the same over their club’s similar response to similar actions by the fans. Just over 7,000 turned up to see the ‘White Star’ against Gornik Zabrze last weekend.

There are still a few big clubs playing out of dilapidated stadiums and none faces a bigger dilemma than 14 times Ekstraklasa Champions Ruch Chorzow. The former Silesian giants desperately need a new and bigger home, especially as they watch a brand new state of the arts stadium taking shape at neighbors and deadly rivals Gornik. Ruch thought they would trump that by moving into Poland’s former national stadium the Slaski, situated on the city’s border with Katowice. Once the scene of some historic international and club matches which drew 100,000 plus crowds, it is being modernized and when finished hold a still-sizable, half that number.

But that old Polish stadium curse seems to have struck here too because earlier this year a fault was discovered with the cantilever roof structure. Work has been halted while inspections and investigations continue, meanwhile struggling Ruch have suddenly woken up to the fact that the way they’re playing it will be difficult to justify playing out of a 55,000 arena. The club has decided they would like to rebuild their existing Stadion Miejski, but that other little problem which seems to blight Polish football stands in their way, money.

Some Ekstraklasa stadium-watchers are already casting nervous glances at the nation’s second tier 1 Liga. Even though there’s still half a season to go, the favorites to go up to the top flight also happen to play out of two of the tiniest grounds, more suited to the fourth level where they normally play. The runaway leaders Flota Swinoujscie have absolutely no footballing tradition and despite their fine form, rarely manage to draw a couple of thousand spectators. The unknown side just behind them Termalica Bruk-Bet Nieciecza hail from a Malopolska village that most Poles would be hard-pressed to find on the map. On a good day a thousand might turn up to watch them, if the visitors are fairly local and can bring along a few hundred fans.

With the dire economic situation the last thing the Ekstraklasa needs is more tiny, dilapidated stadiums, and fans boycotting the brand new ones.

Henry Wizgier, PSN Columnist, is a football writer and currently a semi-retired freelance jouralist. His pre-PSN resume includes writing about football for various British and Australian newspapers and magazines. 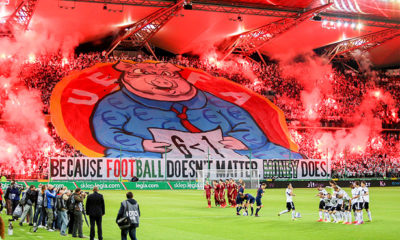 Off the Pitch Battle: Legia Warszawa vs UEFA 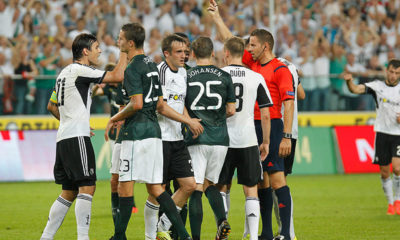 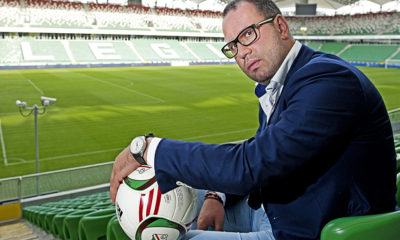 Business as usual at Legia

The Worst Results in Polish History 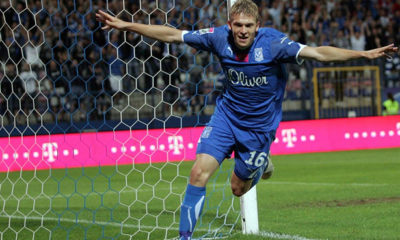 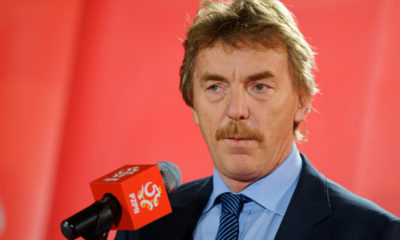 The very latest football data here. Just loading statistics from information source.
Will Boniek’s Name Help Polish Football?
A Memorable Year Nevertheless
Do NOT follow this link or you will be banned from the site!