AMSTERDAM, Netherlands. September 4 (PSN) – It was not a successful performance for Poland, as Jerzy Brzeczek’s team were handed a defeat by the Netherlands 1:0 Friday in their opening UEFA Nations League Group 1 game in an empty Johan Cruyff Arena.

The first half was rather quite uneventful. Although the Dutch dominated in ball possession, the bialo-Czerwoni were still very effective in slowing down their host’s game.

Poland’s best chance came when Tomasz Kedziora crossed low from the right and Krzysztof Piatek fired a first-time shot straight at Jasper Cillessen in the 32nd minute. The Netherlands in turn posed several threats, but also could not find the back of the net either.

That all changed in the second half, when Steven Bergwijn finished from close range after Hans Hateboer volleyed a pass from Frenkie de Jong back across the face of the goal in the 61st minute.

Brzeczek’s side attempted to retaliate, but were unable to respond in any way. Arkadiusz Milik, Kamil Grosicki and Jakub Moder, were brought into the game to help change this, but even they couldn’t help the Poles, who were struggling in getting close to the Dutch penalty zone.

The Netherlands then calmly controlled the rest of the game until the final whistle, claiming an important win at the inauguration of the 2020 UEFA League of Nations.

Meanwhile, Italy was held to a 1:1 draw by Bosnia in the night’s other League A Group 1 match.

Looking forward, Poland will face off next with Bosnia in Zenica, while the Netherlands will play Italy on Monday in Amsterdam.

UNL: Oranje Held Back by Bialo-czerwoni 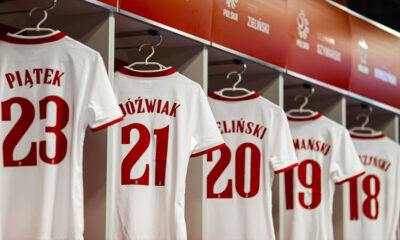 The very latest football data here. Just loading statistics from information source.
PZPN: New Squad Omissions Announced
Historic Win for Poland in Zenica Over Bosnia
Do NOT follow this link or you will be banned from the site!