It was definitely an eventful weekend for Polish footballers honing their craft around the world.  A certain first-class striker continues to accumulate accolades, while others are starting to accumulate meaningful minutes for their respective clubs.  Let’s take a closer look at who left their mark this past weekend.

Robert Lewandowski had a weekend to remember. For a remarkable seventh consecutive season, the 29-year old striker received the prestigious Piłka Nożna’s Polish Footballer of the Year award.  His female counterpart,  Katarzyna Kiedrzynek, received the same honor for an equally impressive third straight year.   The fun did not end there for Lewandowski.

In Bayern Munich’s 2:1 victory over bitter rivals, Schalke 04, the talisman managed to tap home a sixth minute rebound to give his side an early lead. The goal was a monumental one for the Pole as he tied Jupp Heynckes record of 11 consecutive home Bundesliga matches with a goal.   “Lewy” will look to break his coach’s record on February 24th, when Bayern host Hertha Berlin.  (Minutes played: 90, Whoscored.com rating: 7.1) 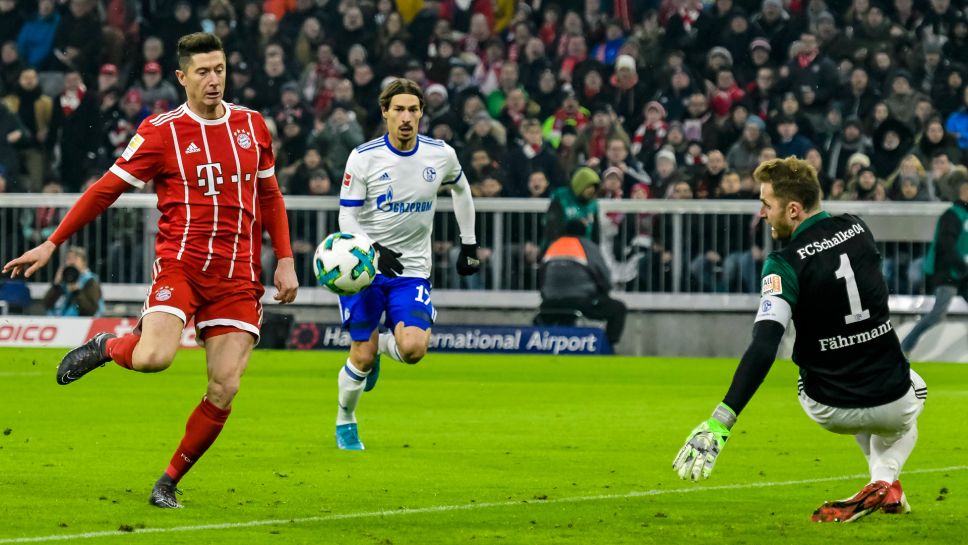 Meanwhile in Dortmund, Lukasz Piszczek enjoyed his best  game of the calendar year overall.  The 32-year old right back routinely buccaneered down the right hand side in Borussia Dortmund’s 2:0 victory over Hamburg.  He is beginning to build quite the deadly partnership down the right flank with American sensation, Christian Pulisic.  Piszczek is often praised for his offensive exploits, however, he played a complete game on Saturday by executing an impressive six tackles. (Minutes played: 90, Whoscored.com rating: 7.9)

Napoli has been the toast of the town this year in the Serie A.  The Naples side is laden with young stars that European giants are routinely salivating over.  One such sought after reward is Polish midfielder, Piotr Zielinski.   The Zabkowice Slaskie product has routinely received valuable minutes for the increasingly powerful Italian side and has routinely delivered.   On Saturday, Zielinski came on as a half-time sub and was a menace until the final whistle blew in Napoli’s 4:1 thrashing of Lazio.  He completed a scrumptious 96% of his attempted passes and inadvertently deflected Marco Rui’s 56th minute shot behind goalie, Thomas Strakosha.  (Minutes played: 45, Whoscored.com rating: 7.5)

Sampdoria is slowly becoming “must see TV” in the Serie A.  The Genoan club has deployed an exciting brand of football that has garnered the attention of fans worldwide and fear among domestic competitors.  This entertainment was on full display on Saturday when the blucerchiati downed lowly Hellas Verona, 2:0.  As has been the case in recent weeks, the Polish trio of Bartosz Bereszynski, Karol Linetty and Dawid Kownacki all played and all made a material impact for the sixth place side.  Most notably, Linetty tallied a whopping seven tackles and Kownacki was pulled down in the box, allowing teammate (and mentor), Fabio Quagliarella, to bury home the team’s second goal via penalty.  The 20-year old has ostensibly embraced the role of super-sub and his club is reaping the benefits.  (Bereszynski Minutes played: 90, Whoscored.com rating: 7.3) (Linetty Minutes played: 90, Whoscored.com rating: 7.9) (Kownacki Minutes played: 45, Whoscored.com rating: 6.8) 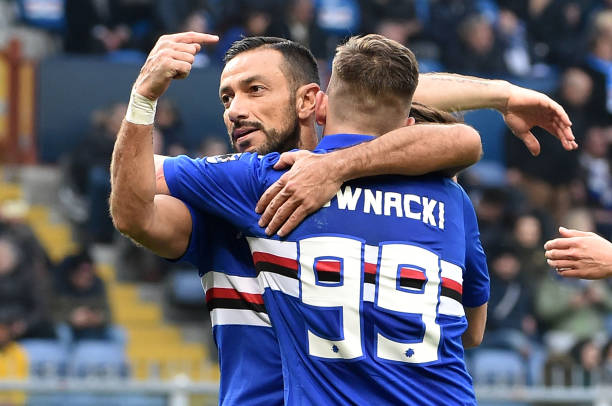 When thinking of a relevant Polish SPAL 2013 defender, one’s mind usually turns to Thiago Cionek.  Not this past weekend.  Cionek has been nursing a recent injury, which has opened up the doors of opportunity to a familiar name:  Bartosz Salamon.  Salamon has always been an  enigma to Polish fans, given his prototypical frame and scintillating potential – which culminated in being a top target of Pep Guardiola in 2011. Salamon, on loan from Cagliari, played the full 90 minutes in AC Milan’s 4:0 destruction of his SPAL 2013 side.   Despite his team’s paltry performance, the 26-year old managed to secure the highest rating of any SPAL 2013 player.  Should Salamon continue to gain valuable playing time, he could re-enter the conversation of earning a national team spot this summer.  (Minutes played: 90, Whoscored.com rating: 6.6)

Hypothetically, Friday’s match in Florence between home side Fiorentina and Juventus had the potential to be compelling for Polish football fans.  National team incumbent, Wojciech Szczesny, would take on the of Polish goalkeeping, Bartlomiej Dragowksi.  Well, this didn’t happen.  Szczesny was, yet again, benched behind the aging Gianluigi Buffon – despite his impressive run of games in December and January.  Dragowski took his familiar position on the pine and has yet to make a Serie A appearance this season.

Although Szczesny versus Dragowski did not materialize this past weekend, Polish fans were given a reasonable consolation prize:  Adrian Mierzejewski versus Marcin Budzinksi.  As has been the case for the majority of the season, Mierzejewski’s Sydney FC side was victorious and the 31-year old journeyman was an integral in the result.  This time it was a 4:0 dismantling of Budzinski’s Melbourne City side.  Mierzewjewski managed to just make just enough contact to notch his 10th goal of the season.  He has been a model of consistency this season and is making a serious case to get a National team call-up.

Matthew Karas is a PSN Columnist and admitted sportaholic. In addition to his work on PSN, he has also writes for The Hockey Writers and FanSided.

The very latest football data here. Just loading statistics from information source.
Weekend at a Glance (Feb 2 – 5)
Glik to Leave Monaco For a Return to Italy?
Do NOT follow this link or you will be banned from the site!